"From the plains of Royal Meath"

February 13, 2020
So despite the song lyrics my new terrain is neither representative of plains, nor of the terrain of Meath. It is however closer to the mountain valleys of the Wicklow Mountains. When I envisaged and planned my table I initially wanted terrain suitable for playing the Battle of Glenmalure, a battle that itself has a catchy(cringy perhaps) patriotic song written for it. As the project evolved my focus moved to later in the century and farther north to Ulster. Either way the table will I hope work whether I am representing the battles of Fiach McHugh O'Byrne or O'Neill and O'Donnell. 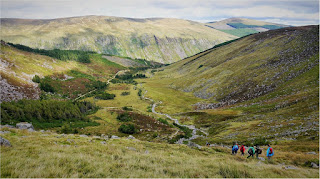 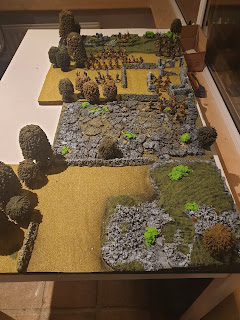 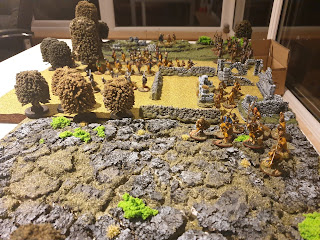 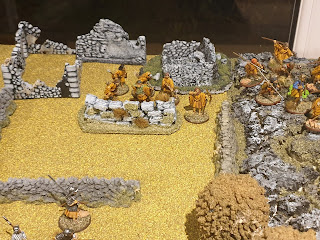 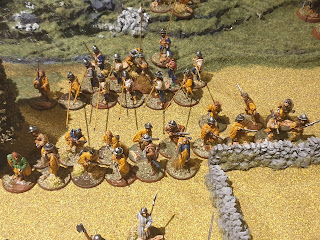 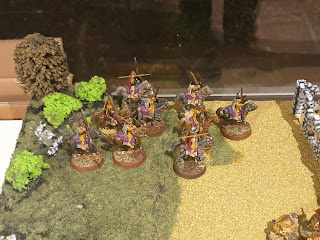 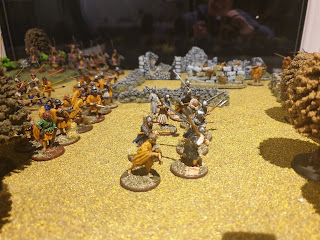 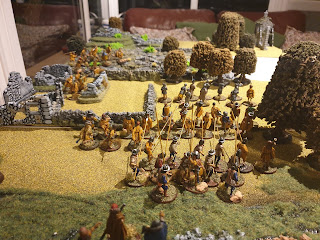 The various sections can be moved around to get different combinations of battlefield and needless to say it is a work in progress. I hope to add the remaining sections to fill out the entire table and to add some 16th Century or earlier buildings. Earlier buildings with some weathering should work perfectly and will be also be of utility for my future Normans/Edward Bruce Campaign in Ireland project. 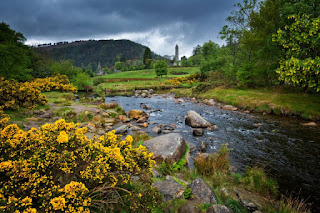