I have had some time to get used to convertimg with greenstuff. My pikemen are still a work in progress and as I continue to build up experience doing simple green stuff conversions I felt it was time to get stuck into some horse. 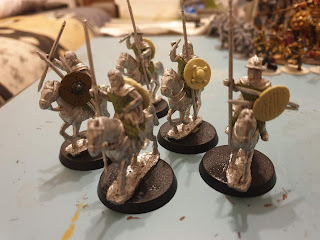 I got myself some New Line Design Pictish cavalry. I spent a fair amount of time searching for suitable miniatures with which to convert my Irish Horse. These are quite small, closer to 25mm, or more probably a true 28mm meaning they would do well as Irish Horse who rode sure footed Ponies rather than heavy boned war horses. The riders are quite generic in terms of attire. They have long hair, a cloak pinned with a celtic looking broach, short trousers and no shoes. The detail is actually very good, especially the facial features. 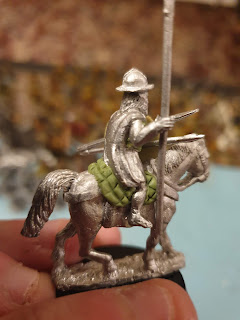 With that in mind I decided not to be very specific in terms of period with these. They are more of a representative amalgamation of 16th Century horse in Ireland than conflict specific. 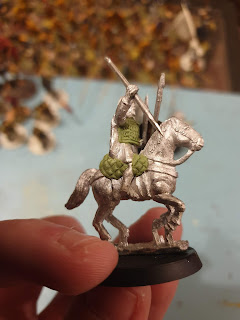 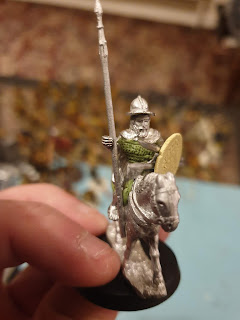 I had a look at both contemporary illustrations of Irish horsemen as well as the Osprey illustrated imaginings to get a flavour of what they were like. Javelins are a must, regardless of period or status of the riders. Morions seem to be a possibility on some hirse in the later period under the O'Neills. Armour varies from none to mail. Overhand spears as well as swords for melee, and without saddles or sturrups. Depictions seem to show a cushion, of possibly a velvet type, at least in the Osprey illustration. I have reflected this in my conversion work. Shields seem to be of wicker, prwdominantly in the earlier period and later Target type shields. 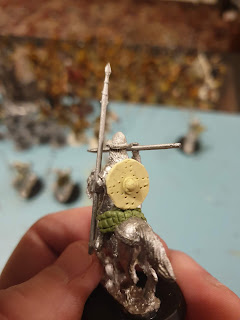 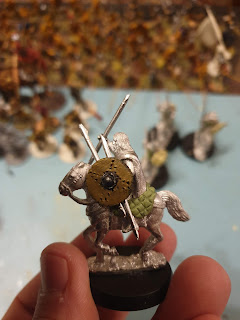 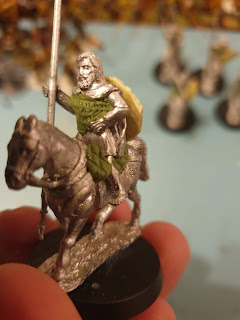 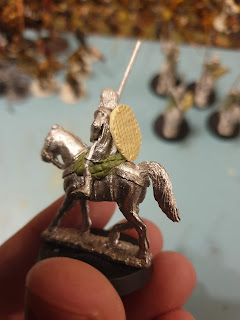 I intend these to be generic Irish horse, of the light variety rather than the Noble slightly more armoured kind. I will most likely add those at a later date. The finished unit will consist of nine miniatures. I hope to add some swords and scians to some of them at a later date. 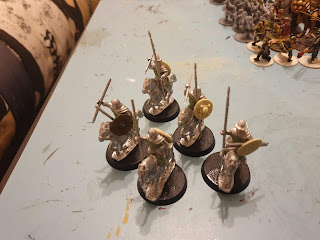